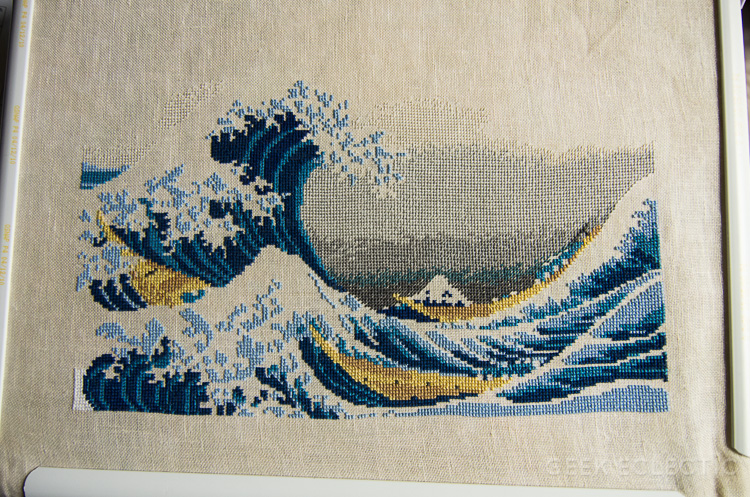 Some days, you just kind of need to switch gears and focus on something else while things percolate in the background. I think I hit that wall yesterday. Working through some of the changes that I talked about for StashCache, I ran into the issue now of “what happens when you get rid of a pattern from your stash?”

Especially since not everyone is a packrat like me who holds onto things on the off-chance that maybe I will want to revisit it in another five years (or lifetime, you know).

Since I’m trying to preserve the list of completions, this is now a valid question – and that smacks at some of the assumptions I was going to make about how to handle patterns. Thinking about that yesterday didn’t go very far, either – I did the easy changes, but the harder changes may also depend on the answer to the above question, so …not much sense in working on that until those questions are answered. Website work is also somewhat on hold right now, until I get the code changes settled.

So today has been a little bit of a break – I have finished all the not-white stitching (except for the backstitching) on the Great Wave piece, and will probably start trying to put a dent into the white tonight. I’m thinking some about backup services – for photos, for music, for the general computer stuff.

There’s some more general to do list items – I’m feeling like updating that list would be a good idea at some point today, both for the mundane and the more out there. That’s probably what the purpose is of those daily check-in meetings for software developers, if I had to hazard a guess, but as it’s just me, it can be easy sometimes to get a little lost in the trees on what I want to accomplish and how to accomplish that.

I decided to put off the grocery store trips until tomorrow because supposedly there was supposed to be weather today, but the weather has mostly consisted of wind and the occasional 30 second bit of drizzle. Sigh. It’s still probably a fine day to stay at home and be thoughtful, making plans for moving forward.